Did you ever wonder how it is possible that the earth is moving through space with a speed of 66,660 miles per hour and a rotational speed on the outer axis of about  1000 miles/per hour and we are not thrown off?  Now we know that there is this thing called gravity and we have all the formulas and descriptions at hand how it works. But we do not really know what it is. I mean – we do not have magnets in-built in our feet, do we?

Now, also here we cannot give the answer to what it is, but we can explore how gravity is working in us as well. In the same way as gravity is a quality of our Mother Earth, it is also a quality within us, reflected in our first energy center, the Mooladhara (or root). Gravity is the power in us that pulls us into the center of our own being, thus giving us the capacity to settle down within. It comes very natural to human beings, but it has to be maintained.

It can be looked at as standing in the center of a rotating wheel. Everyone outside the center will be thrown around, but the person in the center will not be affected by the movement, nor lose his balance. That is exactly how gravity acts. There might be any turmoil going on around us, but as long as we are standing in the center point – in our own position, in charge of ourselves – troubles have no effect on us. Specially in times of a crisis it can be quite helpful if we are capable to jump to the gravity point within. From there – pulled into our own inner balance – we can see everything clearly and thus we are much more capable to deal with the problem. If we were  outside the center on the outer parts of the wheel, we would be tossed around and it would be hard to see anything.

Try to find out how many people you have met who were emitting these qualities of gravity. Such a person would be completely content, dignified, generally joyful and compassionate. You might realize that such people are like living magnets, their own gravity attracting everyone else towards them. People might not consciously know, why they are drawn to such a person, but it is part of the peace and content that such a person emits, and the own seeking for balance.

So how do we find this gravity within? Of course – you know the answer already – through meditation: 10 minutes in the morning, 10 minutes in the evening, that is all you need. The element of the first energy center is “earth”, so meditating on the first energy center and connecting with earth will help you to establish and maintain your own gravity.

This meditation is an easy way to establish gravity within, and connect to your own innocence and wisdom

I wish you a wonderful week, charming everyone with your inner magnetism!

Physician learned the benefits of relaxation

Eighteen years ago, Anjana Vijayvargiya, a self-described driven physician, couldn’t control her own headaches or her neck, back and shoulder pain.

Then she listened to her mother.

It helped, and she’s been devoted to meditation ever since. Dr. Vijayvargiya, a pathologist at UPMC St. Margaret, recently shared her expertise during a recent class at Oakmont Carnegie Library.

Practiced for thousands of years, meditation was once recognized as a means for understanding the spiritual and mystical sides of life. Today it’s frequently used to reduce stress and create a tranquil mind.

“I was a workaholic with a type A personality. I used to be quite arrogant,” she admitted about the time before she started meditating.

Living and working in India, she was skeptical at first. But once she finally tried it, she said she felt completely relaxed.

“When I finished, it felt as though I had slept, but I wasn’t sleeping. I was extremely peaceful — a peace like I’ve never felt before,” she said.

Now living in Indiana Township with her husband, Ajay Kumar, and their 16-year-old daughter, Amogha, she said her headaches are less frequent. And more noticeable to her family and associates, her attitude toward those around her has changed dramatically.

“I actually see the best in everyone. I appreciate almost everyone. Earlier, I used to demand respect out of fear. Now, I am respectful of others,” she said, adding that it took her about six years to notice the changes in her personality, but others noticed it long before.

Speaking from her own experience, Dr. Vijayvargiya has witnessed examples of improved health conditions when patients included meditation in their regimen of care, especially for those with high blood pressure and coronary artery disease. It can also ease the anxiety and other effects associated with chemotherapy, she added.

“Meditation can do wonders … but the person has to regularly meditate at least once every day for five to 10 minutes,” she said.

It can also help with drug, alcohol and tobacco addiction, she explained.

“A person becomes addicted for a variety of reasons. This meditation slowly (or swiftly) works on the root cause of the addiction and the meditators do not feel the urge to take the harmful substances. I do know people who gave up their addictions without going to rehab or counseling. They are sober for the past 20-35 years,” she said.

Although she said there are possibly hundreds of types of meditation, Dr. Vijayvargiya is a proponent of the Sahaja method of meditation. Sahaja means “born with you,” “simple,” and “spontaneous,” she said. The method was founded in 1970 by Indian spiritual leader Nirmala Devi.

“Meditation is a cleansing process, just like brushing our teeth and taking a shower. The latter two cleanse our physical body and the meditation cleanses our subtle system,” she said.

The subtle system is a network of energy centers within the body, she said.

“She actually can see how much it is helping her. It makes it easier for her to handle a lot at once,” she said.

The doctor even taught a class in meditation at Fox Chapel Area High School and was amazed at how it helped even the more fidgety students relax.

“Even the students totally uninterested in the beginning of the lecture were convinced it worked,” she said.

She teaches regularly through Fox Chapel’s adult education program and at the Boyd Community Center in Fox Chapel.

The biggest challenge, she said, is that people are doubtful based on their own stigma about meditation from what they see on television.

But once they try it?

She said: “People love it, it’s really relaxing. They also realize they will calm their hearts and the chattering in their brain.”

Quote Of The Day 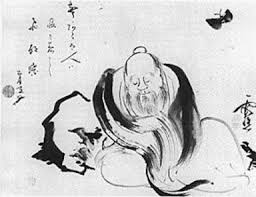 “Our greatest glory is not in never falling,
but in rising every time we fall.”

“Love has its own qualities and one of the qualities is that love understands.

Its understanding is not in words, not in thought, but it understands within. It can feel within, which is very important.
This is the most important part one has to realise: that love, you can only feel it. You cannot talk about it. You cannot show about it. But it is within and you can feel it …”

To Be Born Twice

Some Christians (the Orthodox for example) celebrate Easter this coming Sunday and in some of these Christian traditions the eggs are boiled and painted in a variety of colours and on Easter Sunday the meals start by knocking and breaking the coloured eggs and this custom is done with the loud announcement : “Jesus Christ is risen!”. There is almost like a “contest” of knocking eggs and who breaks the most eggs that belong to others is declared “the winner”. While exploring more on this theme: “Easter Eggs – Traditions and Symbolism” one can see that it’s always about life and death or while going even deeper in the pagan traditions the egg is associated with the spring fertility rituals. So let’s start sharing the Sahaja perspective on this interesting theme, by diving into the pure and sacred knowledge related to the Tree of Life that lies within us, where the chakras (the subtle energy centers) are the fruits that nurture our physical, mental, emotional and spiritual layers of our being.

Actually the 6th energy centre, Agnya chakra, known as The Third Eye, according to the Sahaja knowledge about the subtle system of energy channels and centers resonates to Jesus Christ and we all are familiar with his declaration: “I am the door to …“.

Imagine that this centre actually represents the small door towards the realm of Sahasrara (7th) Chakra – the lotus with 1000 petals, where the true yoga (union) takes place, where the microcosm and macrocosm become one and the seeker becomes whole, integrated, realized, awakened, balanced and by this, the seeker has indeed access to “the kingdom of God”.

Those that have a subtle connection with Jesus – so they are Christians inwardly, genuinely, within their subtle system by having Agnya chakra in a pure / open state – will allow to their own motherly Kundalini energy to complete its journey from the sacrum bone (underneath Mooladhara chakra) till the Fontanelle bone area (“fontanelle ” literally means “small fountain” in Italian  – > transparent symbol for the fountain of rebirth or eternal youth filled with the water of life).

In this way, Kundalini will spontaneously ‘break free’ through the top of the head (egg?!  see the image above) and while in meditation one will enjoy that beautiful feeling of bliss and connection as a liberation from stress, anxiety and mundane worries. One indeed may experience the reality of the sahaja knowledge described below in simple words … understanding as well the symbolism of the Easter Egg.

“I wonder how many Christians know the significance of an egg. Now egg signifies a stage where you are, before Realization. When you are in your egg-shell that you are Mr X, you are Mrs Y. But, when you mature fully inside, the bird is ready and that is the time you are hatched. This is the time you get twice-born. So, the Resurrection of Christ signifies that, and that’s why we give that egg to people, saying ‘you are that’.. an egg, a reminder of that. And this egg can become a Spirit. “ said Shri Mataji , Eastern 1982, London