From drugs and darkness to light: a story 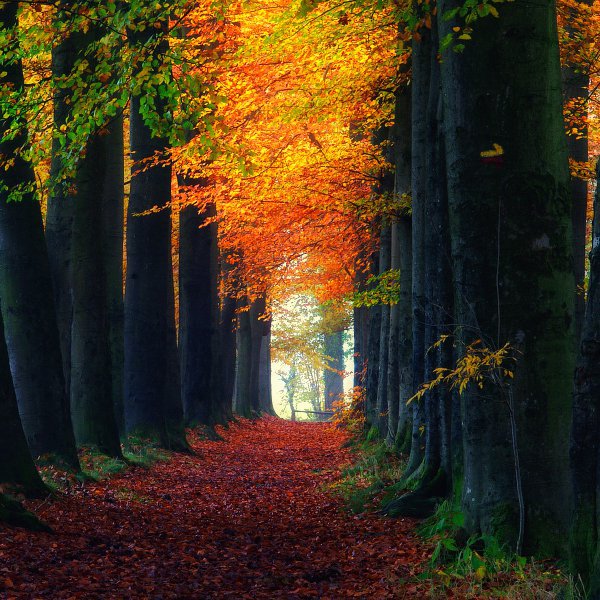 I am a forty-one year old artist who lives and works in Austria. My wife and I have a successful art work-shop in Vienna. We have a very strong, healthy son in his seventh year who also keeps us very busy. We have dear and gracious friends in many countries all over the world. Every day we discover new sources of joy and inspiration which we love to share with everyone we meet. We are Sahaja Yogis, individuals who have, by the grace of H.H.Shri Mataji Nirmala Devi, achieved the breakthrough to Mother Nature’s highest and most sought after blessing: Self­Realisation; Sahaja Yoga; Second Birth; Union of the individual awareness with the all-pervading Source of beauty and joy. Since experiencing this essential transformation seventeen years ago, I have been living a completely new life filled with the dignity, compassion and fulfillment which could only manifest through actual enlightenment.

I was born into a large family in a city in Canada. My parents were then chronik alcoholics and most of my memories, which reach back as far as my third year, are dark and fearful. Myself and two younger brothers were raised mostly by our older sisters. Our parents often fought. When my father left the family he was replaced by a man who I deeply feared as he treated us harshly and sometimes beat my mother. Twice, as a small child, I badly broke my right elbow. The second break was so severe that I almost lost my arm. My mother was not there that time to comfort me as she was being kept in a mental hospital, withdrawing from alcohol addiction.

Throughout my early school years I used to pray from my heart that I could live without fearing people. I was always drawn into the company of trouble-makers and began stealing at the age of seven.

When I was fourteen, my father, who had returned to us for five joyful and prosperous years, began drinking again and divoriced my mother. This is when my indulgence into alcohol and drugs, including cokaine and LSD, began. I was just fifteen years old when I took a massive over-dose of LSD and went temporarily insane; I would say, became possessed. For two weeks after this hellish experience I was in a dream-like depression. My personality changed and I often went out on weekends with bizzare clothes and painted face. Eight months after this fall I stumbled into another self­destructive trap: I was seduced into a cunning organisation that brain-washes its members, taking their money and destroying their mental and physical health. It was called Transcendental Meditation.

In the following eight years I became more and more tangled in self­doubt and anti­social sentiments. I lacked all normal motivation for pursuing a productive life. I sought escape from my numbness and frustration in drugs, alcohol and parties. I was always watched carefully by the police because of my illegal activities, and lived in fear of them. I could not relate to normal, productive adults and saw them as strange and frivilous. I spent my time with younger people who admired my wild lifestyle. I reached the age of twenty­ four with no professional qualifications; no position in society; no confidence; and little hope of fulfilling the countless desires which haunted me. I desperately wanted to know myself; to feel the joy and love of nature which sometimes overwhelmed me in my child-hood. But I found only noise and heaviness within.

One morning a friend of mine came over. I thought he wanted to buy some drugs but he said he had found something important. I knew him as a dull and lethargic person but now his eyes were shining with enthusiasm and delight. He asked if I would come to meet some special people. I insisted that Sunday is the best day to party and that I wanted to get drunk and go to the beach. At his insistence I agreed to attend a meeting on the following Tuesday. I was then completely unaware that it would become the single most precious day of my life.

The experience which I had during that first real meditation was quite vague. I had just begun to become aware of just how much I had ruined my delicate nervous­system. Gradually, as the days and weeks passed, I was realising that my fears and habits were fading away. The urge for intoxication was loosing its hold on me. A definite peace and clarity was growing inside of me. I moved away from my circle of crazy friends and a lifestyle which felt like deadweight over me. Small changes in my health came to my attention. After many years of suffering from painful hemmorhoids, this problem disappeared. My hair suddenly stopped falling out and later grew in again. Psycologically I became more secure. Nightmares about losing my eyesight and being possessed by demons did not come anymore. I slept deeply and awoke fresh. Even my eyesight improved, to a level above normal ( 105% ).

My parents were deeply impressed, especially when I had my beard and long hair cut and started wearing attractive clothes. The subtle, cool, pure vibrations which I began to feel and direct for my own better-ment and that of others, had a noticable effect on many. My mother suffered from emotional depression and even relapsed into alcohol and drug use. For nine months I did not see her, but often applied myself to directing these purifying vibrations to her. When I contacted her again she was like a new person. For the first time in about ten years she was rising early from bed each day, and even had a job caring for small children.

Another person who was astonished to see this change in me was a police detective who had watched me for many years in my home municipality. I happened to meet him one day, and he just congratulated me again and again. I think it gave him great hope.

By chance, or by divine intervention, my first fulltime job was a position with the city police department as a community­worker in an anti-theft campaign. I continued with similar work until, perhaps again through divine intervention, I married and moved to Vienna where my dreams to become a successful artist have been fulfilled.

In these few years I have met countless individuals from all walks of life ­ from London to Calcutta and from Moscow to Los Angeles ­ who have lived this miraculous metamorphisis and are using this natural power to transform others. It is my sincerest desire that anyone who reads these words will not judge the message mentally but will make an honest, scientific investigation into the historic subject which now faces them. If their desire is pure and their determination for revealing the truth is undaunted, I have no doubt that they will also achieve this magnificent inner-awakening which is dawning to the human-race.erous years, began drinking again and divoriced my mother. This is when my indulgence into alcohol and drugs, including cokaine and LSD, began. I was just fifteen years old when I took a massive over-dose of LSD and went temporarily insane; I would say, became possessed. For two weeks after this hellish experience I was in a dream-like depression. My personality changed and I often went out on weekends with bizzare clothes and painted face. Eight months after this fall I stumbled into another self­destructive trap: I was seduced into a cunning organisation that brain-washes its members, taking their money and destroying their mental and physical health. It was called Transcendental Meditation.

← What has Sahaja Yoga Done For Me
Personal Experiences →

What I Have Seen: A Stress-Free Life